Overland Park, KS – Dave Templeman is quick to admit he’s not “a job-hopping kind of guy.” But after 18 years at RiverPoint – a staffing agency in Overland Park – where he served as director of recruiting for over a decade, Dave has taken a position at AdamsGabbert as director of staffing and recruiting. So, what was the motivation behind the move after nearly two decades?

“For over a decade, I’ve been the ‘assistant coach’ at RiverPoint, and I was ready to move into the head coaching seat,” Mr. Templeman said. “I learned a lot and had great success in that role, and it’s prepared me well for this next step with AdamsGabbert. I’m excited and optimistic to make an immediate impact.” 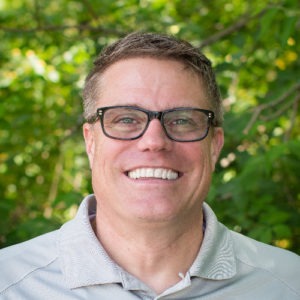 The matchmaker in Dave knew the switch to the AdamsGabbert team was a perfect match. He knew Denise [Kruse] and Stacy [Rose] by reputation  through his work in the industry, and that definitely factored into his decision. “I wanted to make sure if I made a move, it was going to be the right fit for me and for them. Considering that’s what I do for a living – match companies with candidates – I was pretty confident in my decision.”

As early as 12 years old Dave was in sales, mastering his paper route and selling greeting cards to customer’s whenever the season called for it. In college, he sold guitars at a music store, cultivating his love for music and building relationships with his customers. Sales might have been the job, but what motivated Dave was the people, and Kruse and Rose knew this after their first meeting. His industry knowledge and experience which allow him to uncover the needs of each client, his vast network of highly qualified candidates, and love of teaching & training, was icing on the cake.

“Right from the start you could tell he chose this career path because he genuinely wants to help people,” Rose said. “He’s more than a matchmaker. He understands people’s strengths and weaknesses; he understands what drives them and any fears or apprehensions they have. And he’s able to comprehend all of this in just one meeting with a candidate. It’s remarkable.”

In an industry where resumes and interviews are handled like a transaction, and resumes are puffed and job descriptions inaccurate, Templeman prides himself on peeling away at the surface to get to the heart of what really matters: the people.

About AdamsGabbert
Founded in 1999 and based in Overland Park, Kan., AdamsGabbert (AG) is a catalyst for growth, a spark for innovation, and a facilitator of progress. AG focuses on staffing + recruiting, technology services, and consulting—all designed to make business better for their clients. But what does that really mean? Simply put, they’re problem solvers. Learn more at www.adamsgabbert.com or find us on LinkedIn, Facebook or Twitter.