Preparing a company for fast growth is challenging, but surviving that growth is no walk in the park.

Leaders of four of the area’s fastest-growing companies shared stories and advice Thursday at the Kansas City Business Journal’s Fast 50 panel discussion. On the panel were Steven St. Peter, CEO of Aratana Therapeutics Inc. (No. 1 on the Fast 50 list); Don Peterson, CEO of Infusion Express (No. 3); George Brooks, CEO of Crema (No. 11); and Denise Kruse, CEO of AdamsGabbert (No. 17).

St. Peter said Aratana saw revenue grow by $38 million last year because of a licensing deal. The company, which adapts drugs developed for humans for use in companion animals, received an upfront payment as part of a deal with Eli Lilly and Co.’s animal health division for a drug that treats osteoarthritis in dogs.

This year, St. Peter said, the company’s revenue will be driven by sales of its drugs.

Peterson, a tech industry veteran, said he saw huge opportunity in bringing tech solutions to the health care industry, but he learned that if he was going to succeed, he needed to do so from inside the health care field. Infusion Express offers IV infusion services for people with chronic conditions in a spa-like setting.

The concept provides benefits for patients, physicians and insurers, Peterson said, but the Kansas City-based company has had to work hard and take risks to raise money for a national expansion. Infusion Express purposely chose Chicago and San Francisco as expansion markets to show that the concept would work in a larger market — and to grab the attention of potential investors.

Brooks said he and Crema COO Dan Linhart work hard to make sure the tech services company isn’t growing too quickly. They’ve controlled growth, he said, after watching a large number of fast-growing companies die off. That wasn’t a fate they wanted for their families or employees.

Denise Kruse said AdamsGabbert was in need of a restart when she bought it.One of her first acts was telling employees that they were going to have to “believe it until we achieve it.” If they couldn’t do that, the company wasn’t for them, she said.

The result was hiring an almost entirely new staff, but also an attitude that has helped the company win new clients and expand to the point where it needed its first COO earlier this year.

This article originally appeared in the Kansas City Business Journal. 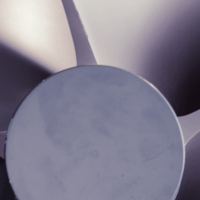 Tuning in: How one local company is committed to helping businesses thrive in Kansas City 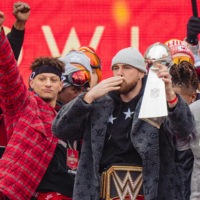