Growing Through the Growing Pains

The concept is also very applicable to anyone who’s built or led a successful business. It’s a good problem to have, of course, but if you’re like many executives, those aches are still keeping you up at night.

Don’t get ahead of yourself

I get it. You become so focused on running the business, you forget to stop and actually take care of the business itself. You’re stacking file after file of new clients on your desk, but eventually you’ll need to organize them in a filing cabinet—preferably before the pile gets so high it falls on your head and buries you where you sit.

Those internal processes and operational mechanisms are crucial to growing your business the healthy way, in a manner that ensures long-term success and sustainable progress. But when your company is in the middle of high growth, it’s easy for those little things you’re ignoring now to become big problems.

A great example of this is Green Field Energy Group, a client of ours based in Lee’s Summit that focuses on solving complex challenges in the mechanical, HVAC and plumbing aspects of construction projects. They’ve grown quite adept at it, too—growing from a $1M company to a $12M company in just their first six years! They were struggling to keep up with their business growth and, as a result, didn’t have the time to define their processes and procedures. Their employees were starting to get overwhelmed, and they needed help.

One of the owners found us on LinkedIn, and brought us in to provide an unbiased opinion. We interviewed their staff, analyzed their organizational structure and even took a look at their workflow issues. Together we sat down and really thought through how to create better processes and identified what issues could be fixed. We served as that third-party sounding board and business counselor, and I’m pleased to report Green Field is poised – and prepared – to grow even more in the years to come.

Some companies just need some structure. When you’re small and just starting out, decisions are made around the table, with everyone giving input. While that has a certain appeal, growing companies often find that petty squabbles and issues of ownership pop up among employees who don’t have a clear idea of who should be doing what.

Ash Rust, a venture capital professional, experienced this phenomenon firsthand, as he reports in Entrepreneur:

“A co-worker and I possessed different titles but had the same rank and worked on the same projects. Instead of collaborating effectively, we spent time working through personal problems and directly competing for ownership over projects. Rather than delegating tasks, we both sought to attend every meeting because we feared the other was trash-talking. The entire team suffered communication breakdown as subordinates emulated our distrustful habits.”

Many companies have found that the creation of a more structured hierarchal organization can have a very positive effect on productivity. While at first the change might be challenging to your staff, you’ll likely find that those interpersonal conflicts resolve themselves as everyone works to better communicate about the project in front of them and understands the chain of command.

Yes, growing pains are very real indeed, but with a little TLC – and some proactive work before the aches get too intense – you’ll be able to lead your company through the night and discover a larger version of yourself when the morning arrives.

Stacy Rose is the COO of AdamsGabbert (AG), a catalyst for growth, a spark for innovation, and a facilitator of progress. Founded in 1999 and based in Overland Park, Kan., AG focuses on staffing + recruiting, technology services, and consulting—all designed to make business better for their clients. Share your thoughts on LinkedIn, Facebook or Twitter! 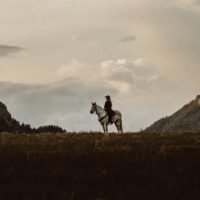 How to choose the right business consultant for you 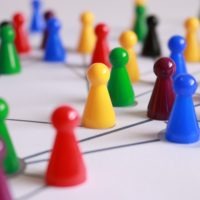 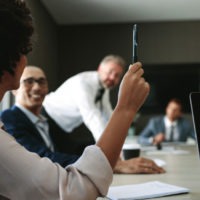 Go beyond a mentor and find a champion to become CEO of ‘Me, Inc.’