If there’s one thing that is a constant in IT, it’s change. As we approach the end of the second decade of the 21st century, the demand to fill IT positions across the United States is growing at a rapid pace. In fact, data scientist is the single fastest growing job in the United States, and has grown 6.5 times since 2012.

Data has traditionally been used internally to facilitate commerce or track performance. Thanks to companies like Google, Facebook, and Amazon, data is now a commodity that can be bought, sold, traded, or otherwise shared. The order of the day is to gather data as quickly as possible and find a way to monetize. It’s a 21st century gold rush that is driving demand across all disciplines related to data.

There’s no doubt that innovation in technology and the ability to access data within minutes will continue to transform our lives. And with innovation comes demand for capable people who can deliver functionality to the great ideas of the pioneers.

That’s why we believe it’s the right time to introduce the first blog in a series of posts on HOT JOBS in the IT profession, and you can probably guess, it has a lot to do with data.

Data scientists often have the reputation as the “math geeks;” they’re focused on the advanced mathematics and statistical analysis of data, and they love it.

Without data scientists to analyze and report, data is just a collection of zero’s and one’s. Data scientists and data analysts are able to better inform business executives in terms of strategic decision making, and in particular whether a strategy is working…or isn’t. Data scientists can also use the information they’ve gathered and impact marketing outcomes. For example, sites like Amazon are able to cross-sell consumers a certain product by suggesting a similar product that matches their recent purchases or search histories. Steve Olinski, contributor to Forbes CMO network, shares:

Data scientists can use data points and trends to help strategize content, tweak content to meet demand, and measure the outcomes of the actions taken by marketers. They combine the science of statistical models with the art of creative work to go past the “gut feelings” of the “Mad Men” era and into a space where marketers can not only see a payoff today, but also a payoff tomorrow.

In order for the data scientists and analysts to do their job, they rely on the data engineer. Simply put, data engineers focus on building the infrastructure and architecture for data generation. Derek Schoettle, GM for the Watson Data platform, shares:

Think of data engineers as your foundation: they lay the framework for data analysts and data scientists. Without a data engineer, the former are left scrambling on multiple roles and neither is performing to their full potential. Businesses are built from the ground up, and without a proper foundation of data engineers, the rest of your organization is at risk. This paradigm shift will mean less bodies and greater value for the enterprise.

Data engineers are in charge of making sure that the data is accurate and available, and if there is a problem, they’re driven to fix it. They’re well-versed in the latest database technologies, processing systems and in different program or scripting languages. If you speak Java, Linux, C++, PHP, Ruby or Phyton, maybe its time for you to consider a career as a data (software) engineer.

The complexity of data means there’s a lot of complexity in the reporting. Many business stakeholders still want their data in Excel where they can manipulate it; but as “self-service” reporting dashboards become more robust and as the ‘Excel generation’ ages out, I believe we’ll see more reporting being consumed in a browser rather than spreadsheet. For that, companies are going to need qualified data engineers to understand the internals of the tool, and data analysts and scientists who can work with businesses and interpret what the data means and how it should influence their strategy.

I’m often asked what certification or language is the “hot topic” in today’s market. I temper my answer by saying the hot topic today is yesterday’s news tomorrow. If you really want to remain marketable, build a deep level of expertise in a category. And there’s no category hotter than data.

Dave Templeman is the Director of Staffing & Recruiting for AdamsGabbert (AG), a catalyst for growth, a spark for innovation, and a facilitator of progress. Founded in 1999 and based in Overland Park, Kan., AG focuses on staffing + recruiting, technology services, and consulting—all designed to make business better for their clients. Share your thoughts on LinkedIn, Facebook or Twitter! 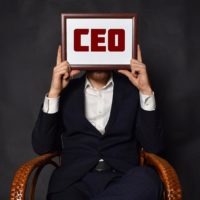 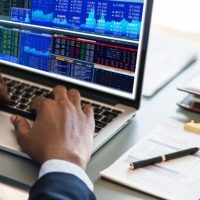 What makes a great data scientist? 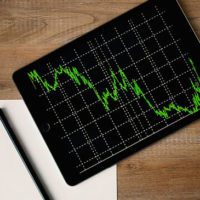