A lot has changed since the Chiefs won the Super Bowl in February. A pandemic and a racial awakening in the U.S. have changed the way we all see the world. But there are still things we can learn from the team that brought the championship to Kansas City on that long-ago day in February.

In fact, the lessons we can take from the way the Chiefs built their championship culture are quite possibly more applicable today than they were six months ago. In tough times, companies with healthy, strong cultures can survive – and even thrive – because they have a solid sense of who they are and where they want to go.

So, what does it take to build a world championship culture at your company?

Many of the Chiefs teams in the past had plenty of talent, but winning a championship is about more than just talent. It takes a team of people all working toward the same goal.

Chiefs owner Clark Hunt says getting the right people in place made all the difference:

“[In 2007,] I was in our locker room before [a] game talking to our head coach at the time, Herm Edwards, and he said, ‘Clark, you know what the problem with this team is? We don’t have any Chiefs.’ He said, ‘No, we don’t have any Chiefs whose heart is really in it. These guys, a lot of them came here as free agents and they’re just here for the financial gain, not for the love of the club or the opportunity to win a championship.’”

After that conversation, Chiefs ownership made a concerted effort to build the team through the draft, rather than through free agency, creating a team of players who wanted to be Chiefs. This, said Hunt, “allowed us to build a team of men who bled red and gold and were passionate about winning a championship in Kansas City.”

To build any successful enterprise, you need a team of people who have a passion for the goals and values of the company—people who are proud to fly your company colors. That means choosing team members who can learn and grow with the company and who are invested in the firm’s success.

Treat each other as individuals

While everyone is on the same team, different personalities require different things to succeed. Chiefs coach Andy Reid is a big proponent of letting his players express themselves, as he told the AP just days before Super Bowl LIV:

Creating a world championship culture includes embracing different personalities and allowing individuals to feel encouraged to be themselves. In a corporate setting, that may translate into a looser dress code or more flexible work hours and workspaces. Leadership can set the goals, then let team members work in a way that best suits their personality and skills.

When people feel valued for who they are as a person, their ability to contribute to the overall effort grows.

Andy Reid may be the guy that steers the ship, but he encourages others to lead as well.

Chiefs quarterback Patrick Mahomes is clearly the most visible member of the team, but he’s the first to point out it’s just that: a team. “There (are) a ton of leaders on this team, and I think that’s why we’ve had so much success,” he said. “It’s not like I have to say something every single time we break down the huddle. There’s guys – offense, defense, special teams – that are leaders on this team, and I learn from them every single day and I just want to keep learning from them.”

Other players, like Travis Kelce and Tyrann Mathieu, were important voices in the locker room this past year, leading the team to a Super Bowl season.

Creating a championship culture means encouraging others to lead and stepping out of the spotlight to allow them to do so. A team where everyone’s opinion is valued leads to a culture where people aren’t afraid to propose new ideas and even to own their failures.

When a company trusts its employees to lead, it creates a winning scenario for everyone—from the executive suite to the customer.

Build your own championship culture

Winning looks different for every organization, even among competitors of similar size in the same industry. Make sure you’ve determined what winning is for your organization, then communicate it frequently to your team. As leaders in your organization, it’s on you to create a championship culture where everyone is working toward the same goal. It isn’t easy, but it is critical to your success. Make sure you choose the right players who align with your culture, encourage individual personalities to shine, and create and champion leadership opportunities.

With the right pieces in place, your company’s championship culture can have your team hoisting the trophy of success.

Denise Kruse is the CEO and owner of AdamsGabbert, bringing nearly 30 years of corporate general management experience, entrepreneurial leadership and a passion for making a difference in the Kansas City community. Surprisingly different, obsessed with innovation and creators of deliberate impact. We are the real deal. AG is a technology services firm where trust, transparency and collaboration matter.  By investing in our people and community we bring our partners the best talent and strategic solutions. We are proud to be a certified Woman-Owned Business (WBE). We love Kansas City, and we have a lot of fun supporting our partners. We are AG. 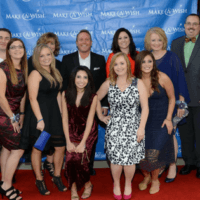 Being on a Winning Team 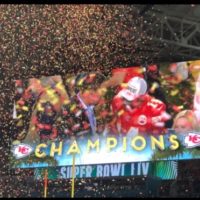 What makes an MVP job candidate? 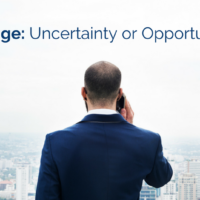